How to Setup a Python Environment for Machine Learning?

Are you struggling to set up a Python environment for Machine Learning? By the way, Python is an exciting programming language. But installing it can be a bit tricky for beginners sometimes.

So here is the guide to you along the way.

The Tools you need to run Python Code

Before installation of python and setup of python Environment, let’s see the python tools, which are used to run python code.

The following tools are used to run python code.

You can easily download any of the above from the above-mentioned links. Just install it directly by double-clicking on the downloaded setup. And then follow the instruction up to the finish button.

Which is better for your computer? Miniconda or Anaconda

Before we start the setup of Miniconda or Anaconda, you have to first understand what would be a good choice for your computer?

To set up Anaconda on your computer, first, check the following system requirements.

If your operating system is older, you can find older versions of the Anaconda installers here.

Minimum 5 GB disk space is required to download and install. If you have less space, you can install Miniconda instead of Anaconda. The commands are similar for both.

The above system requirement is also applicable to Miniconda excluding memory space.

Before we dive into the python environment setup steps for Anaconda and Miniconda let’s take a look at basic OS procedures. 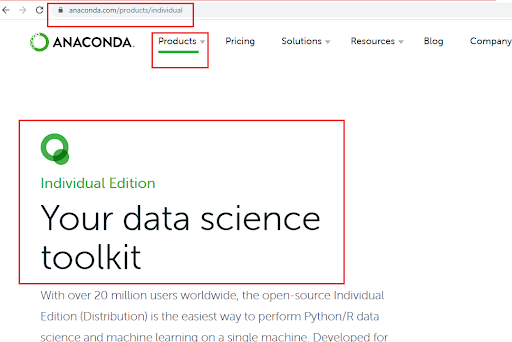 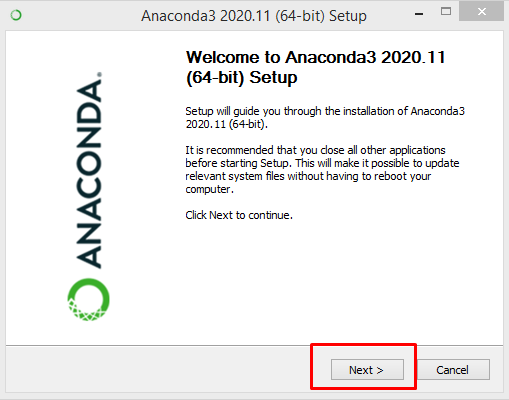 Then follow the instruction up to the finish button.

Note:
To run setup in Mac OS X or Linux/Ubuntu, we can use the terminal also.

For example, Anaconda installation on Linux/Ubuntu:

How to Verify Anaconda / Miniconda Installation

We can check Anaconda / Miniconda Installation on windows in two ways. 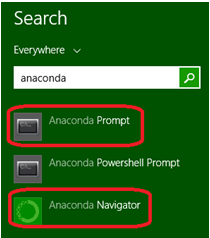 Note: Don’t use Miniconda and Anaconda together. We can check the conda version by writing the command as conda  -V in the system/Anaconda prompt.

We can check Anaconda / Miniconda Installation on Mac in two ways.

Note: The steps of windows installation from 3 to 7 is the same for Mac OS X. But only use terminal and spotlight search instead of command prompt and search bar of windows respectively.

We can check Anaconda / Miniconda Installation on Linux – Ubuntu in two ways. Note: The steps of windows installation from 3 to 7 is the same for Linux/Ubuntu. But only use terminal and respective search tab instead of command prompt and search bar of windows respectively.

How to Update Anaconda and Miniconda

How to Install Additional Python Libraries in Anaconda/Miniconda

We can add any machine learning, deep learning, and data science library file in Anaconda/Miniconda by using two package managers as pip and conda.

To install any additional python libraries by using conda, we use the command as How to Remove Libraries in Anaconda/Miniconda

To remove any python libraries, we use commands such as conda remove <library name> in the system/Anaconda command prompt.

How to Search Libraries in Anaconda/Miniconda

To search any python libraries, we use the command as conda search *library name* in the system/Anaconda command prompt.

When some packages aren’t available with conda, we can use pip to install them by writing the command as ‘pip install <library name> in Anaconda Prompt.

How to Update Libraries in Anaconda Prompt

We can easily update any library file as per our requirements. This can be achieved by writing the below commands in the system/Anaconda prompt.

You can use either of the following

How to Install Jupyter Notebook in Anaconda Prompt

To write a python script, we need a jupyter notebook or any other python text editor. Then launch Jupyter Notebook by installing it. To install it use the command as conda install jupyter notebook in system/Anaconda prompt. After running the server, the jupyter notebook will open in your default browser. 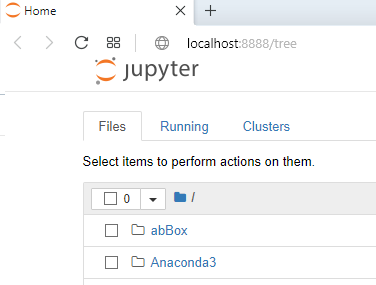 You can write your first python program by selecting python 3 at the New dropdown of the jupyter notebook. 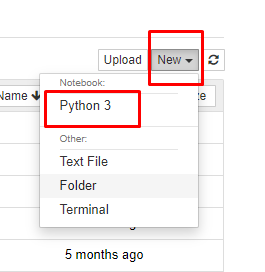 Machine learning is often used in search engines. They are used in email filtering to weed out junk and sites to make personalized reviews. Also, in financial tools to spot suspicious purchases. Machine Learning is also present in many applications on various devices, such as speech recognition.

Here, your setup is complete. Now you can enjoy the prospects of Machine learning.